Labour will support the deal

The long nightmare is over, the Brexit deal is done. As usual, the market moved way before the announcement and there was some selling of the fact on the announcement, which came just before 1500 GMT. 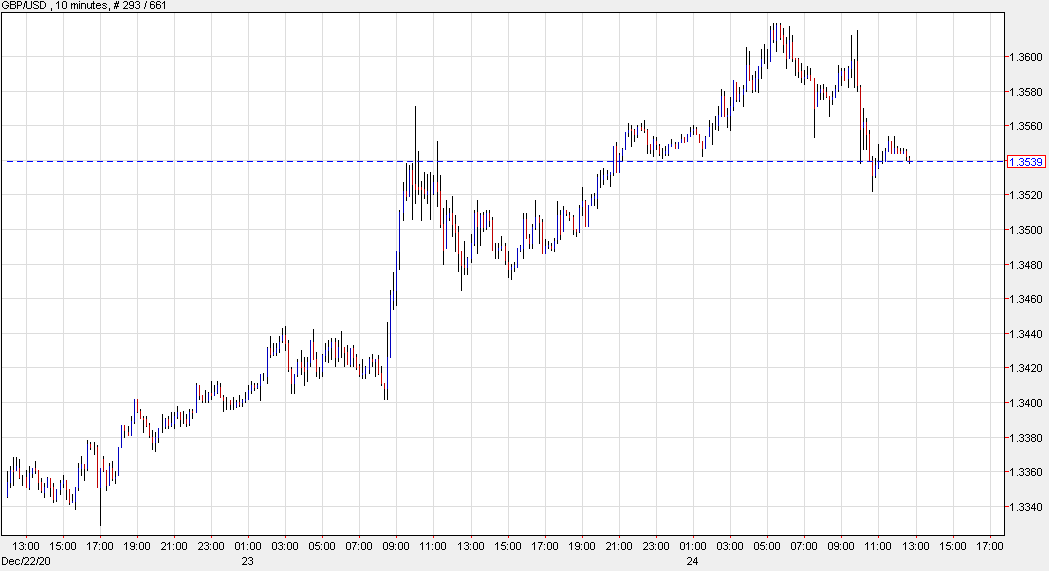 I think real money flows will ultimately take cable higher but the deal has landed at the absolutely thinnest time of the year and it’s going to be into January before money really starts moving so the whole thing will play out in slow motion.

At the same time, there are GBP risks around covid with today’s numbers just below the record high from a day ago. The 39K cases today ran about 6K above the seven-day moving average.

The Brexit deal will pass UK parliament on December 30. Labour said they will support it and the vote would have been a formality in any case.

For bank trade ideas, check out eFX Plus

Short USD/CAD Amid a Recovering Global Economy and Dovish Fed

USD/CAD Breaks Out Ahead of the Fed

USD/CAD pulls away from multi-week highs, clings to strong gains around 1.2770

Hotel Elopement Packages Can Save You Money

France issues ‘clear and final no’ over Carrefour takeover bid